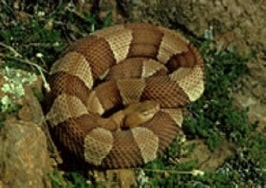 So one thing I’ve always been big on is making sure to give as much good information as possible, whatever the circumstances. Sometimes this is easy and lines up with any blog post, personal belief, or helpful product I’m looking to sell but sometimes things change and that isn’t the case.

Many sites will sell a defective product anyway. Some ignore the counter data, some just never come back or care. This is NOT one of those sites.

When it comes to snake bite kits unfortunately the newest news and studies are not good. In fact, the evidence against them being an effective treatment for venomous snake bites is so overwhelming that we’re shifting affiliate focus to protective gear that actually works and moving away from selling snake bite kits.

Still okay for removing insect stingers, but when it comes to actually treating poisonous snake bites they leave something to be desired based on all the new data.

We’re going to go through some of the resources and arguments that have led us to this conclusion, but if you want to read a really good condensed version check out this really well done article at Amazing Outdoor Adventures on Do Snake Bite Kits Really Work? They do a pretty good job over there running down the evidence and balancing the sides. We’re going to dive in a touch here as well, and go in a bit more on what that means for this site, what we will do next, and what this means for what we recommend for dealing with any potential venomous snake issues you might run into.

When talking to experts about whether or not a snake bite kit is an effective treatment, there are immediately several issues that come up. One is that the venom is injected into the blood right away with the bite and anyone who has studied anatomy knows that the blood moves fast through the body. It has to – that’s how we stay alive in normal conditions. This means that the very moment the bite takes place, any venom is already in the blood and moving well away from the bite site.

This makes it extremely doubtful that the suction applied many many seconds later will do anything at all.

Second, the venom from snakes is designed to absorb quickly. Into the blood, into the muscle, into the flesh. In other words, the suction isn’t going to do anything to remove venom from those spots. The overwhelming consensus from Universities, Medical Studies, and Herpetologists is that snake bite kits don’t work. They don’t actually extract venom, they don’t help treat snake bites, and in fact they often make things much worse.

In addition to this, when you dive deeper into the “Here’s the pro-snake bite kit evidence” these stories are easy for the professionals to explain away, debunk, or counter. Read on to learn more.

So what experts say these kits are ineffective at best? Well:

Is There Any Counter Data?

Very little, and even when the counter data is brought up, it is consistently the type that is extremely easy for expert herpetologists to disprove or counter. This is the point that seems to most reinforce why we’ve gone really cold on snake bite kits here, as much as the idea is one I just really wish would work (that would be a great bit of peace of mind) the evidence is really heavy against snake bite kits working, and that’s why no official snake bit first aid treatments mention these at all.

Virtually every single piece of “evidence” that comes up arguing pro-snake bit kit is a personal story. They used a snake bite kit after getting bit and survived or after doing this the person said their doctor claimed it saved their life (which due to medical privacy concerns of course can never be confirmed).

Now just to be clear right off the bat: we’re not calling anyone a liar. We don’t believe this is one of those urban legends that get passed around and there are enough reliable stories on hunting forums that it seems like this type of situation does happen.

But that doesn’t mean all the facts in the story are right.

First: About 1/2 of all bites from venomous snakes are “dry bites.” This means that there is no venom in that first strike. Their mouths are still loaded with bacteria, it will still hurt and cause pain, but there’s a chance there’s no venom at all when the anti-venom gets put in the system. Better safe than sorry, after all.

Second: There are multiple times where a snake puts in a little venom but not a lot. In these situations it is likely a person would survive the strike regardless of using the snake bite kit or note.

Third: The snake bite kit could make the wound worse and in most cases the bite victim will die anyway. Very few venomous snakes in the U.S. have a venom that will kill quickly unless the victim is sick, has a weak heart, an allergic reaction, or some combination of those.

In other words, while a snake bite needs to be taken seriously and medical attention should be sought immediately, very few bites are going to be fatal within even the first several hours. So the snake bite kit can do nothing, make things worse, and the person who was bit could still survive.

So in other words, the “positive evidence” that argues for snake bite kits working could very well just be all smoke and mirrors that don’t give the real story.

So How Do I Protect Myself?

This doesn’t change the fact that you obviously want to protect yourself from venomous snake bites. The fear doesn’t go away, the legitimate concern doesn’t go away, and neither does the desire to avoid a $10,000 or $20,000 medical bill for hospital treatment. 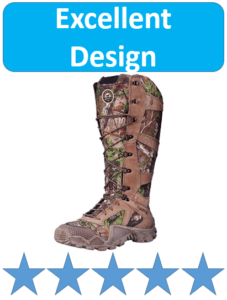 There are many options for snake proof hunting boots out there, but not all of them are equal. A little bit of research shows that some definitely stick out more than others and when it comes to quality and the Vaprtrek snake boot from the Irish Setter brand definitely comes out on top.

Even just a few years ago these guys were a relative newcomer in a field that was dominated by the Rocky, Chippewa, and Lacrosse brands but those days have changed and there are very few hunting boots that come up with the hunter based praises and online ratings that these boots have managed year after year for several years right now.

Featuring an outstanding design, a traditional lace up that even works for large lower legs, these boots are thoroughly waterproof and have been tested against the fangs of about any snake you are going to come across. They hold up extremely well, have high marks for the quality of materials that are put into construction, and have received praises from a wide array of hunters, hikers, and just general outdoor foragers (hey morel mushroom season waits for no man or woman)!

So why not replace a snake bite kit by protecting yourself from that initial bite to begin with?

These are my pick for the best snake boots on the market, especially for those of us with really big calves. 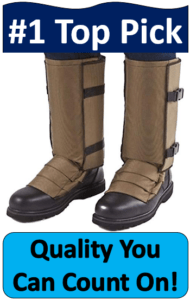 So no disrespect to a massive diamondback rattlesnake, but some of these have been tested in Africa, Australia, and Asia…and there are some really big venomous snakes in those places for sure!

These gaiters are consistently among the highest rated outdoor products you can find online, and that’s saying a lot since outdoor enthusiasts can definitely be really picky when it comes to giving a good rating. This makes sense – you don’t want to be in the middle of nowhere when gear fails.

These Crackshot snake gaiters are proven, each one is hand made in the United States by a company that really focuses on hiring veterans after they are through with their service. The craftsmanship is extremely high quality, they are flexible with an adjustable fit, and as of this writing do not have one confirmed failure in the field.

Add in the flexibility and ease of use in the field (especially compared to other options) and it’s hard to argue with the quality that these snake proof gaiters bring to the table.

Well one thing I really care about is safety in the great outdoors and the first reason I even found out about these is because my fear of snakes meant I wanted as much protection as possible from any worst case scenario with snake bites. If these don’t work, I don’t want to spread mis-information or even give the appearance of credence to a product that doesn’t do what it was originally advertised to do.

Having kept track of these things for a bit over 10 years now, the fact so many of these kits have disappeared or carefully changed their wording in regards to what they do (many advertise just as “bite kits” now) just add some clear red flags

There aren’t many people out there who want an effective snake bite kit more than me, but unfortunately you can’t argue with the evidence. Especially when dealing with something this important. Because of that it was important to come out and say that these don’t work, and if you have any doubt otherwise you really need to look at the various links further up in this post that show exactly why it’s time to look at protection and conventional medical treatment.

The following video is a great video summary nailing this home and I hope you find this useful. So signing off on what’s expected to be the last blog post here – stay safe and watch that step!

link to What Are the Deadliest Snakes in the United States?

While the chances of dying from a snake bite in the United States are extremely low, it's still important to know what the potential dangers are out there. This goes well beyond being a prepper or a...

UPDATE: Because of the last few years of data we actually no longer support the use of snake bite kits to treat a venomous snake bite. In fact, we very much advise against it. Read THIS ARTICLE to...

We're Outdoorsmen who aren't the biggest fans of snakes, as important as they are, and we want the truth out there about products that claim to protect from snake bites. What started off hoping for another form of protection has become a site pulling together all the information you need to make an intelligent and informed decision.

This site is a participant in the Amazon Services LLC Associates program, an affiliate advertising program from Amazon.com dedicated to providing affiliates with a means for making a commission based on sales. We refer traffic to Amazon for a percentage of any sales made, all sales are handled by Amazon.com and companies/individuals using the Amazon.com system.